I'm a Canadian who has lived in or very near, mostly in, DC for going on 25 years. It is conceivable that I'm the most excited person in the world that the National Gallery of Art and the Freer Gallery are finally, this summer, restarting in person film screenings (not that I don't approve of their caution until now - I fully expect I'll wear a mask to the screenings I attend this summer and it would be nice if everyone else would too, though I'm not optimistic). In addition to cinema, I read a lot, mostly fiction, that mostly science fiction and fantasy with occasional classics, forays into other genres, and non-fiction thrown in for variety - I'm rationing Jane Austen novels since she isn't writing any more of them, having currently got through Emma, and I finally got around to reading the first Lord Peter Wimsey mystery within the last couple of months. And I exercise a lot, mostly running or, to be more precise, mostly orienteering (look it up if you haven't heard of it or ask me if you prefer) and a fair bit of running as training for the orienteering, plus a lot of mostly utilitarian cycling. It doesn't take up a lot of my time anymore - once upon a time, I used to take mutliple classes weekly, but I also love modern dance performance and dance generally so it will be nice to get back to the occasional night out for live dance performances after the pandemic-induced drought and my caution with entering theaters since March 2020 - Dune is the only film I saw in a theater from then through this spring and I only just last week went to my first live performance of any kind (a play my mother was interested in seeing while I was visiting home). I own a wok and use it frequently, though not on as varied a set of dishes as I would ideally aspire to. I also own a slow cooker but have only tried three or four things in it, only one of which has become a regular thing in my culinary repertoire. And a crock in which to make sauerkraut and the like, which I have yet to get around to trying - concluding a brief sketch of the ways in which my culinary grasp trails behind my reach.

ETA: I just realized I understated my income creating my ad by only thinking about my earned income net of expenses (I'm self-employed) and not including interest income. Hopefully few people would care about me being slightly under the threshold between two of the ranges versus somewhat above but honesty and accuracy are both things I value and inaccurary to my disfavour seems like a particularly perverse thing to let stand.

A woman not too much younger - the traditional divide age by two and add 7 threshold of age difference allowability is at least a few years more than I'd feel entirely comfortable with - or older than I am who isn't put off by the totality of the things I'm passionate about and has passions of her own, somewhat overlapping (completely overlapping would be both eerie and unlikely - if such a person existed in the DC area I'd probably already know them. Living in or near DC - I came to vegetarianism/veganism mostly through environmentalism (with a side of health reasons and animal welfare as a nice bonus) so I don't own a car (though I have to rent one quite frequently, sometimes, for work purposes) and dating someone living outside the reach of Metro DC public transit would probably be unworkable unless they didn't mind driving a lot themselves (and tolerating my faint disapproval of all that driving). Vegetarianism/veganism isn't a deal breaker - my longest past relationship was with an omnivore though not one who objected to eating almost exclusively what I ate at home - but a total disinterest in seeing what's showing at the National Gallery, and the Freer, and the AFI probably would be and there's a lot to be said, whatever activities are shared, for being able to agree what resaturant to go to before or afterwards. 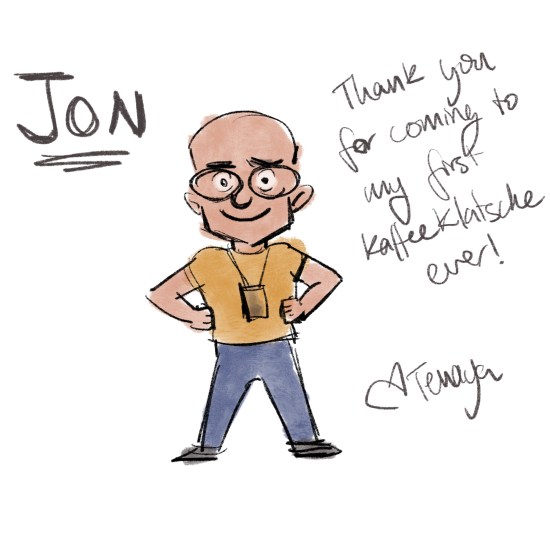